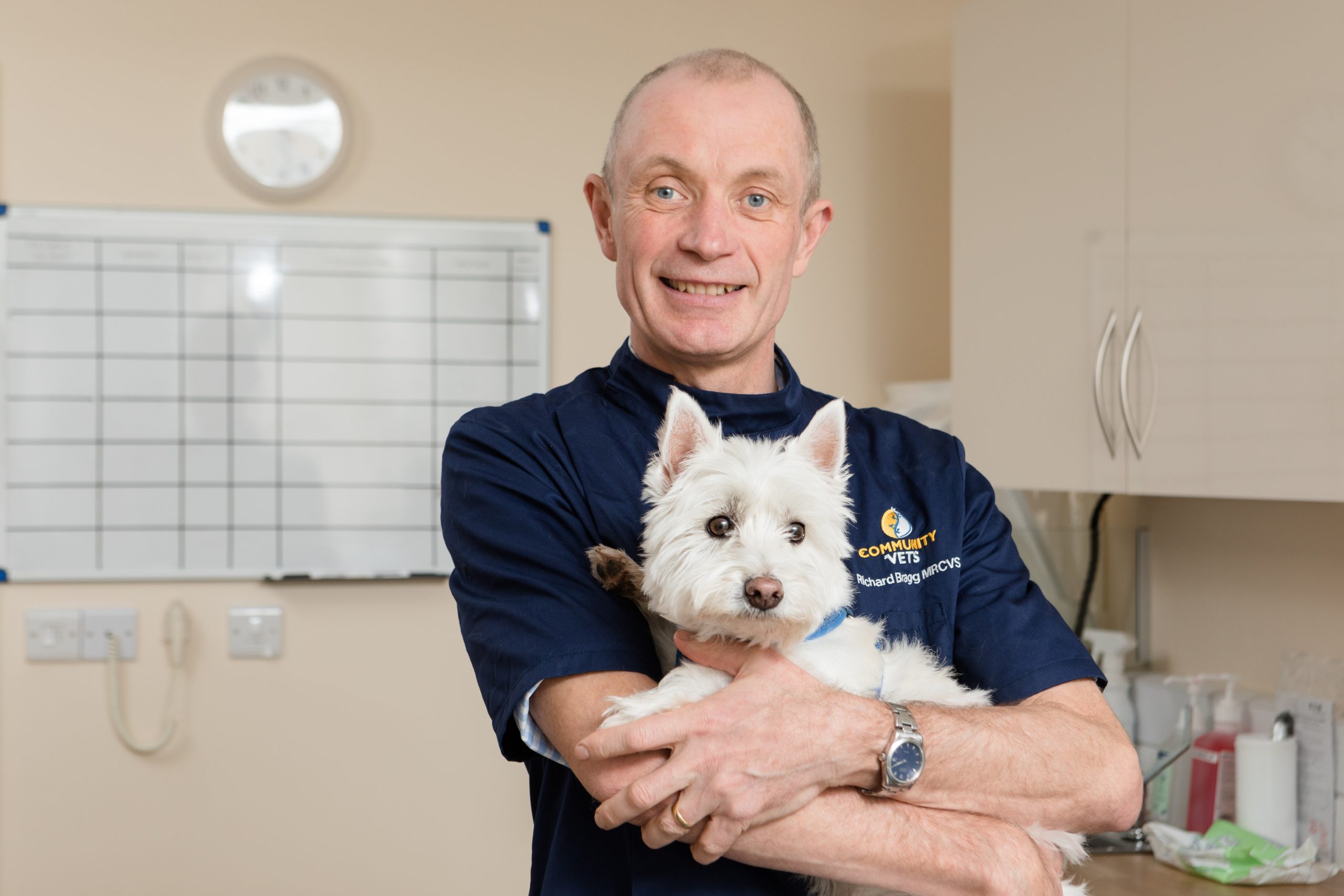 Richard has been surrounded by animals all his life. He graduated from Bristol Veterinary school in 1993 and began work in mixed practice before moving to Portishead to work with Dick and Rosie Best in 1994 where he very much enjoyed working as part of the West Hill team. He took over the practice from the Bests in 1999 when it became part of Vale Vet. He lead the relocation of the growing practice to its current site in 2007. In 2012 he sold his share of the practice to concentrate on his clinical work. Richard takes great pride and joy in understanding owners individual needs for their pets and working with them to achieve the best outcome going forwards. He felt that this was best achieved in a small intimate practice so in 2015 along with his wife Helen started Community Vets. The same year he was appointed Royal College of Veterinary Surgeons Practice Standards Assessor. With nearly 30 years of veterinary experience he still loves providing the personal service that the Community Vets can provide and loves the challenge of including the most up to date medicine and surgical treatments.

Outside of work Richard rarely sits still. He is a keen sportsman having run the London Marathon in 2019 and continues to compete in triathlons and enjoys skiing and tackling any physical challenges that come his way. He is a keen gardener, growing lots of his own fruit and veg as well as being an amateur bee keeper. He enjoys caring for his numerous pets and of course loves walking his dog – Ned.